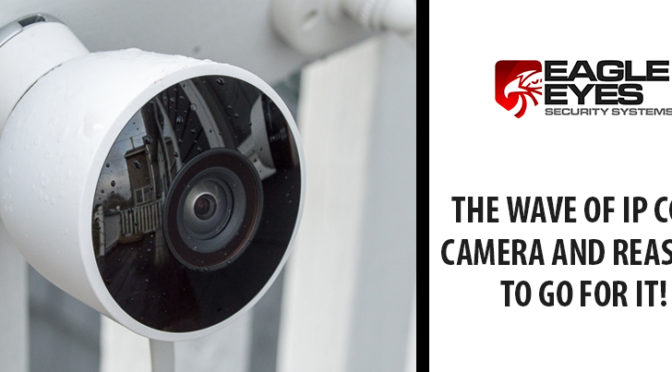 The Wave of IP CCTV Camera and Reasons to Go For It!
January 8, 2018 admin 1 Comment

In a crime movie, you have seen a group of cops gather under the surveillance, and all of a sudden, one of them yell out – ‘Zoom in on that face.’ The controller works on it and almost like miraculously the blurry and grainy face of presumably a human, becomes clear enough to identify the wrongdoer. With the identification of this miscreant, the cops hunt him down, get hold of him, and justice is served.

Well, that’s fiction for you! In reality, the images from an analog security camera will only gets hazier and grainer. So, does that mean that the scenes in the movie are farfetched? Not at all! This present world is known as the age of technological enhancements.

There is always something better coming up, and here too, nothing is lost. Internet Protocol or IP CCTV cameras are proving to become a revelation for the modern day generation. The quality of zooming and camera quality takes a quantum jump.

Clear Reasons Which Advocate Its Adequacy:

In an Australian survey, it was found that IP CCTV camera system in Sydney is transpiring as the ‘Go-To Solution’ for many customers. Preponderances of users are making use of such new wave security cameras for its superior performance.

IP camera systems capture a much wider viewing field in comparison to an analog camera. In fact, such cameras can carry out the job around 3-4 times better as a typical analog CCTV shooter.

Another clear reason as to why IP CCTV camera installations in Sydney are so widespread is due to its exceptional camera’s video analytics. Its field of vision is so good that even if one tampers with the camera set-up, its motion detectors and missing object notifiers will tell you right where the incident is happening. Naturally, with supervisors not needing to sit in front of the machine and pondering over the footage.

IP cameras can circumvent the traditional DVR camera set up which connects straight with the DVR. The camera functions in proximity with one another and is synced with one connection point which is the Network Video Recorder or NVR.

Owing to this, the cabling requirement is reduced and that makes is less laborious. Plus, this flexibility also presents more camera connectivity.

These are some of the reasons why IP CCTV camera is the new modern day rage.

So, Does It Make Sense to Go For It?

After going through this, you may be thinking as to whether you should opt for such IP CCTV cameras or not. The thing is, it eventually boils down to the choice you make, be it for your office or your residence.

Perhaps the only thing which prevents a fewer sect of consumers from buying this is its slightly higher price bracket. But quality always comes at a price and considering the amount at which these come; they are nothing with you think about the protection of your family or office premise.

So, take some time and think about your decision. With time you will know which one is right for your needs!

One thought on “The Wave of IP CCTV Camera and Reasons to Go For It!”