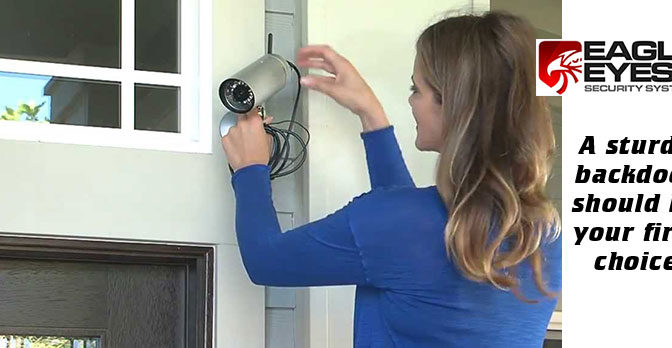 The 4 Ways to Protect Your Back Door from Intrusions
February 19, 2018 admin Leave a comment

While you make plans on securing your house a whole and protect it from miscreants, there is the need to protect it well. Since backdoors become the first target, here is how you can protect it.

Install a CCTV camera and do not display it prominently

While thieves would think that you aren’t aware of their tactics, they would be caught red-handed when they try to break open the back door. They know the times when you aren’t available at home or probably the way you have secured the front door and the surrounding areas. Those who excel in CCTV camera installations in Parramatta agree that while you monitor their movements from the back door, you can immediately raise the alarm and nab them well. You may also install a high-end camera and display it for the burglar to see it. When they spot it, they are likely to stay away with the fear of being monitored.

Ensure that you have a sturdy back door

It is always seen that there is a lot of emphasis laid on the front door and the security it provides to the house while ignoring the back door completely. While the statistics reveal the high level of intrusions from the back door, there is the need for a solid door for the rear end of the house. Doors made up of metal, or probably hardwood is something that would prevent break-ins that are easy. Avoiding mesh doors that are semi-transparent to keep your house protected as the mesh can easily be torn open.

Illuminating the back door area

It is the psychology of the thieves to stay away from houses that are occupied, and that is when a house is lit from the insides. You could install lights from the insides around the back door and attach them to automatic alarm systems where it lights up when it starts to get dark. Even when you aren’t at home, it gives the feeling of people occupying the house, and that is when miscreants wouldn’t want to come around to your house.

Install digital security from the insides

Installing the general locks that doors contain isn’t something that will protect your house from the burglars. You could consider digital security locks that can only be accessed from the insides and only by those who know the security keys. While you do this, you get to prevent someone to break-in from the outsides no matter how hard they try while breaking the handles on the door.